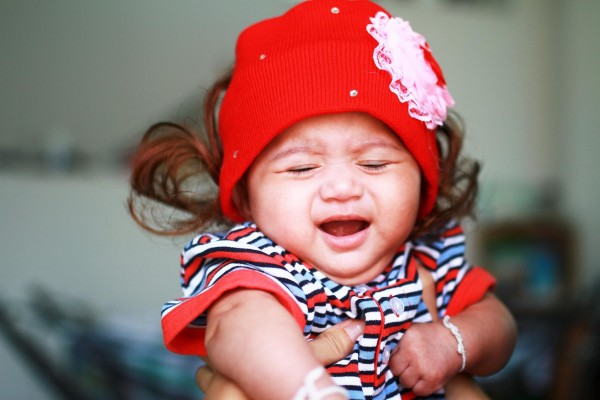 When your child enters the toddler stage, expect a lot of difficult situations and stressful encounters, most notably tantrums. Tantrums are extremely frustrating especially to new or first-time parents. You probably feel the best when you see your child smiling and happy, and not crying and screaming uncontrollably.

However, toddler tantrums are perfectly normal, and some parents do not know this. Tantrums are a part of your toddler's emotional developement, health, and well-being. It might be frustrating and stressful to handle, but you can always breathe deep and try talk to them in the most calming way.

To understand more about how your toddler's tantrum is a good thing, here are some reasons:

It's best to let it out

When children cry they are releasing stress and frustration. Tears have cortisol, which is a stress hormone. When people cry, they are letting the stress out of their body, which is a good thing because accumulated stress from within is not healthy. At the same time, tears are known to reduce blood pressure and improve emotional well-being. If your child is starting to get angry, frustrated, or whining, you should just let them be for a couple of minutes until the mood passes. Parents should remember that crying is not where the hurt is, but it is the process of becoming unhurt.

Crying can give children lessons and will help them realize what they were doing. A lot of children who go through rough tantrums will most probably remember the feeling. Learning from their tantrums is a good thing especially while they're still young. Some children will cope with their frustrations by doing other stuff, such as reading or playing, rather than getting so overly emotional.

Most parents would think that sleep problems will occur after tantrums, that's why they want to avoid it happening as much as possible. However, tantrums will tire a child's brain and when they feel exhausted, they will usually end up falling asleep. Allowing children to end their tantrums will give them a good night's sleep.

Parents would always consider tantrums as a bad thing, but it's actually not. Tantrums are signs that your child is accepting your "no", and the tantrum that they show is their way of expressing how they feel about it. Hence, they are being honest about how they feel. You should never feel bad for saying no to your children, but should always express empathy for their sadness.

It helps your child's behavior when they grow up

Children who don't go through tantrums will often grow up to struggle with their emotions. Having tantrums is a good thing for children because you know that they are feeling sad, aggressive, or angry. Unlike children who are only quiet and would prefer to keep their feelings to themselves, tantrums are way better for behavioral development.

Tantrums are for parents too

In the presence of a child's tantrum, parents tend to feel negative emotions such as frustration and guilt. Just remember, we parents were once children as well, and we know how it feels like when we were young and upset and it felt like our parents were not listening to us. These memories should trigger you to think of your feelings before and help you to become more sensitive and conscious to your children.