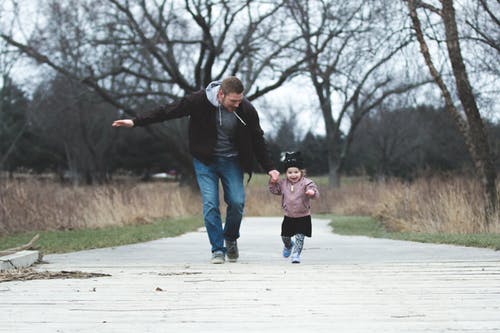 There is an increasing number of fathers who crave further access to paternity leave. A research called "Helping Dads Care" from Dove Men+Care and Promundo, which is an organization that promotes gender equality, has revealed that a growing number of men would like to be more involved in the early weeks and even months after the birth of their baby.

However, these findings follow the report that 40 percent of men do not take paternity leave.

The global report was surveyed in America initially, and they found that most fathers experience the desire to spend more time with their children early on. Almost two-thirds of fathers, around 63 percent, reported that they had quit or would consider quitting their job to be involved in the early weeks and months of caring for their baby.

Around 62 percent of men stated that they would consider taking a lower-paid role. Yet despite this, the findings of the research show that a lot of men fail to take paternity leave even when the company that they work at offers it, with 38 percent admitting to taking no time off following the birth of their child.

The researchers found out that this is because of the negative perceptions in the workplace, with more than 22 percent of fathers stating that they were scared of losing their job if they took the full amount of paternity leave that was offered.

The report also states that this is a global issue that affects men around the world, despite the fathers in Japan being allowed to take up to 52 weeks of leave at 60 percent salary, and the legalization of shared parental leave in the United Kingdom since 2015, only two percent of men in both countries take it.

Gary Barker, the founder of Promundo stated that the research has shown that paternity leave truly matters to today's men. He said that fathers want paternity leave and they do want to take it, but the fear holds them back and they are worried about what others think, like their bosses, their co-workers, and their family.

Because of the result of this research, Dove Men+Care launched a new film entitled "Dear Future Dads" in order to show the choices surrounding paternity leave and the long-standing effects on fathers and their kids when they spend time together. It also provides an online hub that will include information for fathers who are considering taking paternity leave and raising awareness of the issue.

Why paternity leaves are important

Raising a newborn baby is a very stressful experience and it can create an isolated, complex and secluded environment for a new mother. Paternity leave can give fathers the chance to be a caregiver and to recognize and appreciate the challenges of the role for both parents. It can also help take the pressure off the new mothers who usually feel like they are facing this challenge alone.

Child care should be a responsibility for both parents. Paid paternity and maternity leave should be framed not only as a benefit that helps working men and women, but it should also be addressed as an important factor for the well-being of working families. Paternity leaves can help give families the chance to bond and it can allow fathers to give support in care-giving. Once this standard is set, it can become the norm.