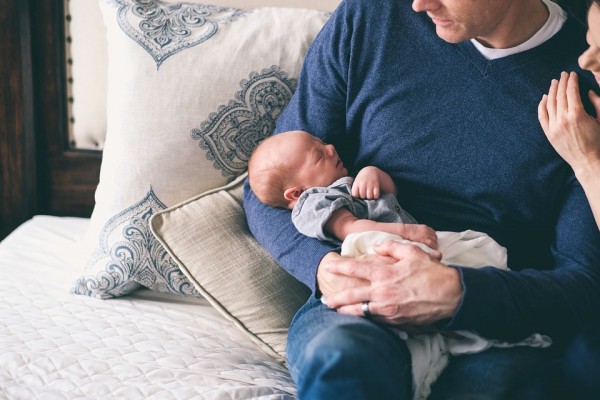 Men who believe that they can put off fatherhood and rely on IVF to have children have been given a reality check by researchers. A new study suggests that men's fertility may drop off in the same way as women before menopause.

UK researchers found that men in their fifties saw their chance of having a baby through IVF fall by a third compared to men in their mid-thirties or late-twenties. Women experience menopause at the age of 51 on average, after they stop producing eggs. However, experts warn that a build-up of damaging mutations in men's sperm may create a comparable effect.

This mechanism is thought to explain why the rates of developmental disorders such as autism are a bit higher in kids who have older fathers, and researchers say more needs to be done in order to make men aware that their fertility in old age is not guaranteed.

Men can produce healthy sperm up to age 50

According to Dr. Guy Morris from the Center for Reproductive and Genetic Health, men's sperm seems to be unaffected by their age right up to the age of 50, which is when there is a massive decline. Women lose the function of their reproductive organs when they go through menopause. In men, the quality and quantity of sperm production decline with age and this seem to have an effect after the age of 50. The Center for Reproductive and Genetic Health led the research together with the University College London.

Rod Stewart was 66 when Aiden, his eighth child, was born. The silent film actor Charlie Chaplin had kids into his seventies. However, experts said that these cases may be more down to the relatively wealthy men having much younger wives, and called for an awareness campaign to correct the myth that men can reproduce successfully into old age.

The UCL researchers analyzed records from almost 5,000 IVF cycles at the Center for Reproductive and Genetic Health in London over the past 9 years. The data, that has 4,271 male participants, found that half of them under the age of 35 were able to get their partners pregnant but by the age of 41 to 45, this had fallen to 35% and at age 51 the success had slumped to just 30%.

Previous research has shown that men's chances of conceiving naturally drop off with age, but this study is one of the largest to look at success in IVF.

Chair of the British Fertility Society Fertility Education Initiative, Professor Adam Balen, said that they want to see fertility taught as part of the relationship and sex education curriculum and they have been successful in getting it included. Young men need this information, they need to know that they won't necessarily remain fertile their whole life and they are more likely to have issues as they age.

The findings were presented at the yearly meeting of the European Society of Human Reproduction and Embryology in Vienna. But experts believe that there could be pressure to start applying these findings immediately. Currently, there is no cut-off age for men to access IVF, though guidelines recommend that women should not be offered fertility treatment after the age of 42. Age could be added to the weight, and a host of other criteria used, to restrict IVF access in England as budgets are tight.

Professor Allan Pacey, a fertility expert from the University of Sheffield, said that commissioners want to see an upper age limit for men going to IVF but it could be another way of rationing. They do not think that this is justified because it is a completely different biological mechanism, but commissioners want a number.