After 50 years of being separated, two sisters in Nebraska reunited after one of them checked into the other sibling's workplace. Doris Crippen had to undergo rehab due to COVID-19 in Dunklau Gardens, where Bev Boro was working.

The Washington Post reported that Crippen and Boro share the same father. Crippen grew up with her mom and stepdad, while Boro was put up for adoption in a foster care system. Boro was just six months old when she last saw her sister, Crippen.

Broke her arm and had to undergo rehab

The Fremont Tribune reported that in May, 73-year-old Crippen suffered a fall at her apartment in Omaha. She was reaching for a glass of water when she suddenly tumbled from her bed to the floor. She could not reach for her phone to call for help, so she stayed there for one and a half-day. Thankfully, her son, Chad, came and brought her to the hospital. They discovered that she had a broken arm, and she also tested positive for the coronavirus.

Crippen recovered after spending more than one month in the hospital. The Post reported that she was sent to the rehab center and nursing home in Fremont. 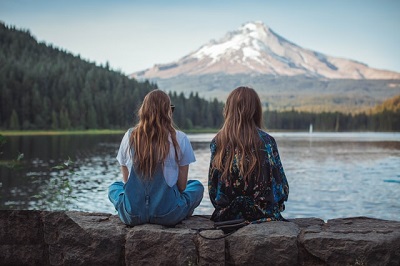 According to ABC affiliate KETV, Boro has been working as a medication aide in that center for more than 20 years. Upon seeing her long-lost sister's name, Boro immediately recognized her. Fifty-three-year-old Boro said that she could not believe it when she saw her sister's name on the board.

She wrote her late father's name, Wendall Huffman, on a whiteboard, and mimicked rocking a baby to let her sister know that they share the same dad. Boro recalled that Crippen said that it was her daddy, and Boro answered that it was her dad too. Crippen looked at Boro in disbelief and saw the same eyes as her dad's.

Crippen got emotional about the reunion. She told KETV that she almost fell out of her chair and burst out into tears. Crippen never thought that she would find her sister. With so much happiness, she did not sleep a wink that night.

The blissful reunion of the two sisters happened on June 27, and they have not lost communication since then. The Post said that Boro had introduced Crippen to their four more siblings, whom she found on Facebook. They are planning a family reunion, inviting Boro's three children and five grandkids, and Crippen's three children and 16 grandkids.

Crippen said that it is wonderful because, in the end, they do not have to search for each other anymore.