Chicago teens from Austin neighborhood transformed a gutted liquor store to provide healthy food for the people. They set up a pop-up food market called "Austin Harvest" with their friends so people could have healthy food alternatives

The project originated from the listening circles headed "By the Hand Club for Kids." Donnita Travis, the group's executive director, told "Block Club Chicago" how it all started. She heard that students wanted to turn all those raw and powerful emotions into something good. She said that they wanted to do something from a standpoint of social justice.

The product of years of systemic neglect and racism has caused a shortage of healthy food choices in the place. Thus, the kids felt that it is one of the issues that need to be acted upon. Groceries and fresh produce are hard to find for areas like Austin, which is called "food deserts." 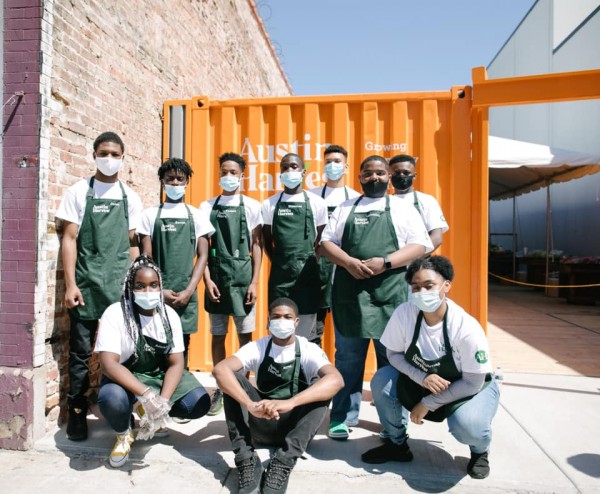 See also: Teens with Disabilities Do Community Service to Give Back During the Pandemic

Austin Harvest has sprung to life within the half-mile radius. It used to have only two food markets and a dozen liquor stores. Azariah Baker, one who has been with Austin Harvest since it started, told BCC that food is a basic necessity that they do not have access to.

Travis said that the kids heard of the idea of repurposing one of the looted properties into a community resource during the discussion. She said that they took the idea and made it happen.

Professional athletes backed the project because they were enthusiastic about the idea. Sam Acho, former Chicago Bears' linebacker, headed the charge. He said that it is time for people who care to show up because he believes that the world has changed. It meant something because they were going to lead the change and let people come together. 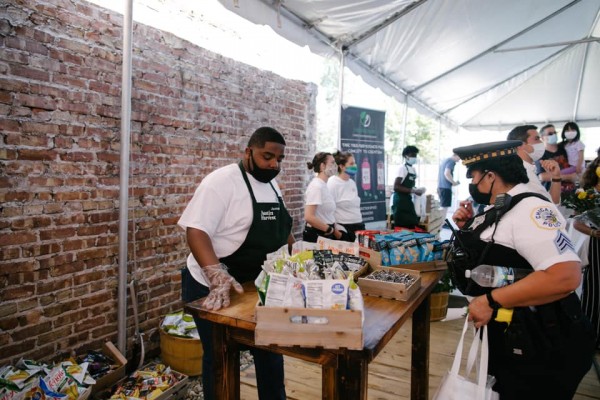 Everything was the teens' ideas

The teens shaped and implemented the vision of the Austin Harvest, and "By the Hand" brought in architects and branding experts to guide them. Baker explained that they have been behind the scenes completely after talking about how they want to show their market. They decided on what they would sell, what it would look like, and where they would want the market to be.

The Hatchery Chicago pitched in to offer real-world business hands-on lessons. It includes customer service and licensing. It also teaches culinary pathways program to help teens who are interested to work towards food industry careers.

Travis noted that it is a real entrepreneurship opportunity for them. Apart from that, it is also a chance for them to bring food justice into the community.