A father and daughter finish the marathon together and complete the 26.1 miles while honoring a fallen hero from World War II.

Charlotte Powers and Larry Powers were the father and daughter who finished the marathon.

Charlotte chose to team up with her running buddy, her dad, Larry, to run around Bedford's route to the National D-Day Memorial under the Overload Arch in this unique marathon. And much to Charlotte's surprise, Larry's mother, her grandmother, was waiting for the father and daughter finish the marathon.

Charlotte shared in an interview that it was one reason why she started crying a little during their marathon and once she saw her grandmother. She added that this is because she is her family's baby, and for her grandmother to see her and her father finish the race is so precious for them.

For the father and daughter to finish a marathon, races like this one are her traditions. For Larry, this marathon is unique and different from what they use to participate in before. The father said that it is not the same feeling when they are out and when they start with 22,000 runners. Although they have doubts because the race went virtual, they said it was okay since it is still a race, and it still has the same purpose. 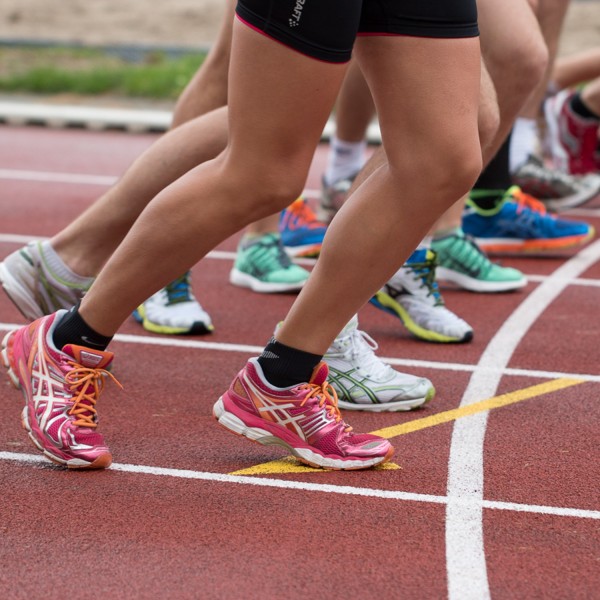 (Photo: Pexels)
Father and Daughter Finish Marathon Together While Honoring a Fallen Hero

Because the race was for the fallen heroes from World War II, it only made sense that the 26.1 miles marathon ended at a solemn memorial that honors those fallen heroes who made great sacrifices for the country and its fellow countrymen. That is where Charlotte found her great uncle's name, Jack Powers, who was one of the "Bedford Boys" that died on June 6, 1944. That is also the reason why Charlotte races with her great uncle's picture pinned on her back.

Pushing through the marathon

As the father and daughter finish the marathon, Charlotte shared that when she starts doubting herself and thinks it is hard, she just reached out to her back, pat him. Also, she knows that her great uncles are with her whenever she runs. Charlotte believes that was she is doing is smaller than what her beloved uncle had done.

On the other hand, Larry never got to know Jack. He did know that Jack is one of the many bravery and sacrifice stories that is told at the National D-Day Memorial every day to the 600,000 visitors that make the trip yearly.

Larry said that Bedford took on a heavy toll on the many young people at that time. Jack's memories bonded the father and daughter to finish the marathon, and the reason for their excellent relationship in races.

And for Charlotte, running with her dad is the biggest thing that a marathon has given her. It was their time together and their talks while running that made it so special for her. For Charlotte, finishing this race in Bedford means more to her than finishing the said race in Washington D.C., in which she also joined in.