A Minnesota husband loses his healthy pregnant wife due to COVID-19. Now, he has to care for their three young children on his own.

Juan Duran-Gutierrez told "Good Morning America" that his pregnant wife, Aurora Chacon-Esparza, was healthy and taking safety precautions. In June, his wife was seven months pregnant when she contracted the coronavirus.

Duran-Gutierrez thought that his healthy wife could pull through because Chacon-Esparza was a strong woman. He said that his wife was healthy and did not have any pre-existing conditions. Chacon-Esparza got hospitalized on June 14 after quarantining at home with other family members who got exposed to the virus.

Five days later, the pregnant wife had to be on a ventilator. Her OBGYN at North Memorial Health in Brooklyn Center, Minnesota, Dr. Todd Stanhope, M.D., explained her condition. He said that Chacon-Esparza had shortness of breath, and then she struggled to breathe when her lung disease worsened.

Shortly after she got intubated, Chacon-Esparza gave birth to her third child, Andrea, via cesarian section. According to Dr. Stanhope, the baby weighed four pounds after being born at 30 weeks. Thankfully, she tested negative for the virus.

Chacon-Esparza died less than one month after giving birth. Duran-Gutierrez thought that his wife would make it because he was holding her hand and talking to her when she died. He added that Chacon-Esparza took care of herself. 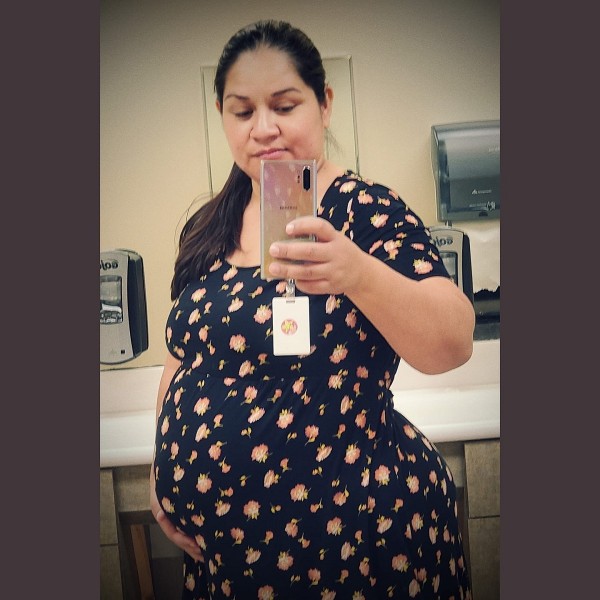 (Photo: Facebook/Aurora Chacon Esparza)
Aurora Chacon-Esperza was a healthy pregnant woman and took care of herself but she still contracted COVID-19.

His message to other pregnant women

He said that his wife made sure to wear face masks and brought hand sanitizers and wipes when she went out in her SUV. The dad-of-three, a Lyft driver, sends his message to all the other pregnant women out there.

Duran-Gutierrez said that he shared his story to remind pregnant women to be extra careful because what had happened to his wife could also happen to them.

Another pregnant woman shared her story when she contracted the virus during her 38th week. Ruth Gonzalez Esparza told "Good Morning America" that she never thought she would test positive for COVID.

After she gave birth to her son on March 31, she tested positive. The Denver Health in Colorado said that the 35-year-old mom had no symptoms when she gave birth. A day after, she had a fever, cough, and muscle pain.

She was not aware it could happen to them. For two weeks, she stayed in the intensive care unit and got intubated. She had to be separated from her newborn for a month. She got depressed because she was scared. Thankfully, calls with her mom, husband, and daughter helped her to keep going.