After being diagnosed with breast cancer during her second trimester, Kassandra Cerda gives birth to a bouncing baby boy.

In February, Cerda was only 20 weeks pregnant when the doctors diagnosed her with breast cancer. It meant that everything would be different from that day onwards until the mom gives birth.

Cerda told People that upon hearing about her breast cancer, she was both in disbelief and denial. It was hard for her to believe because she was pregnant, and she could not understand why something like that happened to her.

She said that even though cancer does not choose who to infect, she was shocked upon learning of her situation.

The 27-year-old pregnant mom is from Mission, Texas. She has started undergoing treatments to fight her disease, but later on, the doctors at MD Anderson in Houston found out that the cancer cells from her breasts had spread onto her lymph nodes. 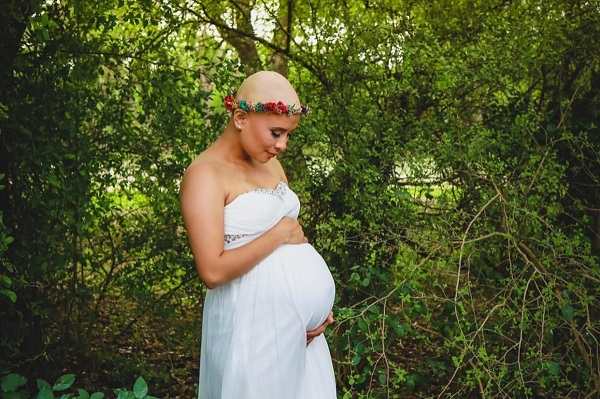 (Photo : GoFundMe)
Kassandra Cerda was 20 weeks pregnant when she found out that she has breast cancer.

Mom became stronger than before

In April, Cerda started her chemotherapy. It will continue until her doctors provide an update on the progress of her breast cancer treatment. After going through so much over the last few months, the pregnant mom said she is stronger than before.

Apart from her newborn son, Cerda also has a two-year-old son. Admittedly, she was so scared to die, but she is glad that she is over that stage as she recalls those moments. She had a rough time at first, and she would cry a lot.

She shared that when one hears the word cancer, it makes a person think he will die. She thought that she did not have hope.

Before she gives birth, Cerda religiously made all her chemotherapy treatments. On June 17, a week before her due date, Cerda gave birth to a healthy baby boy. She still has two more weeks to take a rest after delivery before her next appointment.

She said that the doctors would do another review to see if her breast cancer tumors or lymph nodes shrunk. She is hoping that her tumor or lymph nodes have already shrunk when that time comes, which would mean that her first round of chemotherapy worked.

If it did not work, Cerda would not know what might happen next.

Janie Hernandez, Cerda's close friend, started a GoFundMe page to help cover for her hospital bills. As of writing, the page has already raised $15,000 that she may use to cover for her breast cancer treatment and giving birth to her son.

The 27-year-old mom is open about the fears she had surpassed after hearing the bad news in February. She said that she does not want anyone to feel sad for her. She is sharing her story in the hopes of bringing strength to someone else.

Cerda wants the people not to give up if they are going through any obstacle in life, may it be a major or a minor one. She said that other people are fighting through harder stuff, and they were able to make it through, so she believes that anyone can as long as they will not give up.