An Alaska mom was 35 weeks pregnant and was on her way home when suddenly, she gave birth to her son while on board a plane.

Contractions did not stop

On August 5, Chrystal Hicks was having painful contractions, so she decided to fly to a hospital in Anchorage, Alaska. The mom of three was already in her 35th week in her fourth pregnancy when it happened. She would usually drive to Anchorage to give birth. It had happened with her first three births. However, what happened on her fourth pregnancy was different from the rest.

Hicks told KTUU that during the flight, her contractions did not stop but continued to get stronger. People on board thought that she would make it to the hospital to give birth. However, Hicks' son was ready to see the world at that moment.

A few minutes after the plane took off, Hicks' water already broke. After about 20 minutes, her son came out and joined the world. Hicks was shocked and did not know what to think. She said that everyone on the plane kept talking about her newborn son. 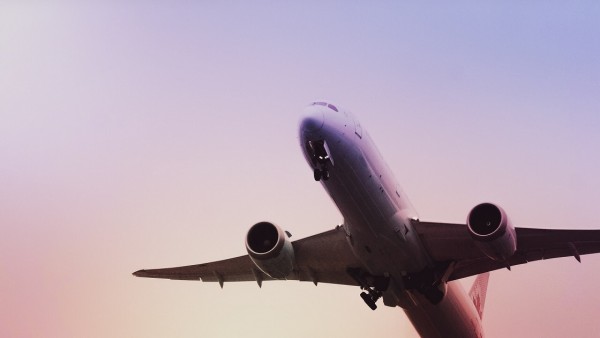 A special name for the special birthing experience

Since she had a unique birthing experience for her baby boy, she wanted to give him a name that would remind her of the special experience that she had. She decided to name her son Sky Airon Hicks. Apart from having a different birthing experience from her first three children, Sky also has a remarkable trait, he had a lot of hair. His other siblings were not born with the same amount of hair.

Chrystal Hicks thought they would make it to the hospital before she gave birth but 20 minutes into the flight and she had a newborn son. Posted by Channel 2 Morning Edition, KTUU.com on Tuesday, August 11, 2020

Hicks said that she had a hard time filling out the birth certificate. Since Sky was born 18,000 feet from land, she wondered what location to write on the birth certificate. The pilot suggested that they do the longitude and latitude to note where Sky was born. Instead of writing "in the sky" or "on the plane," Hicks decided to write Anchorage as Sky's place of birth.

The mom and son arrived safely at the hospital. Sky weighed five pounds and ten ounces.

Sky had to be put on a breathing machine because he was born one month earlier than his due date. The Hicks plan to return home soon to be with their other family members. Hicks is excited to let Sky's three other siblings ages 11, 9, and 3, meet him. They have only seen the little one through Facetime.

See also: Stuntman Proposed to Girlfriend While on Fire to Reward Girlfriend

Genevie Goodlawtaw, Hicks' sister, said that she received a phone call around two in the morning and learned that her sister gave birth in the air. She is proud of having a famous nephew and said that is gorgeous and precious for having been born with lots of hair. She also said that she could not wait for her sister and nephew to come home.

Hicks thinks that if her son grows up, he might be embarrassed by his birth story at first. But she believes that Sky would grow to love it and find the story funny soon. She also believes that her son will always be known as the famous child who was born on an airplane.