A dad whose son was bullied for dancing established an anti-bullying non-profit organization to help raise awareness about acceptance and help young dancers need financial help. 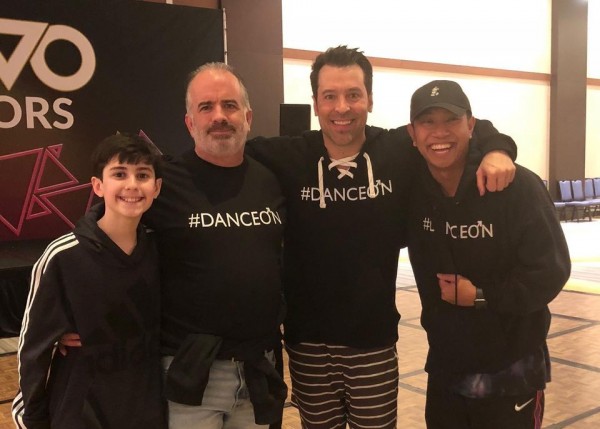 Jimmy Long, 16, has been dancing competitively since he was just six years old. "Dancing on the stage is very exhilarating to show your expressions through movement," he said. But when he was 14, he experienced bullying while performing at his school. Some members of the audience said derogatory comments and slurs against Jimmy and other male dancers.

Create something positive from a negative experience

Seeing your son being insulted for following his passion would have made any dad angry but not Jimmy's dad, Greg. Instead, his father established #DanceOn - a nonprofit organization to raise awareness around acceptance and eliminate bullying while supporting dancers in need.

Greg and son appeared on "Dads Got This!" to talk about how he saw that negative experience as an opportunity to launch a movement to eliminate bullying. He said that he listened to how the 8-, 9-, or 12-year-olds process bigotry and homophobia. Instead of getting angry, he recalled that he decided to make a T-shirt to help inspire these kids to move past that experience. "We're just going to dance on," he told them. And that gave birth to #DanceOn.

Two years ago, Jimmy also had the opportunity to speak about their non-profit organization in front of former first lady Michelle Obama during the book tour launch of her memoir, "Becoming." Asked how he felt seeing his son on stage, Greg said, "I lost it." He said he had tears coming down his face.

It was a proud moment for him, he said, to see his boy stand in front of thousands and say that he has been bullied, yet he won't let it stop him from doing what he likes to do. It takes strength to do that, he explained. For his part, Jimmy said he could not have done it without his dad, who helped him realize many essential life lessons. "He is just super supportive," Jimmy said.

#DanceOn has since provided scholarships to financially challenged dancers from their T-shirts' sales proceeds and other apparel. Apart from scholarships, #DanceOn also hosts events and masterclasses with professional male dancers, TODAY noted.

These events often become a venue for these professional dancers to share their own stories about being bullied. They also helped the kids choreograph their conceptual dance videos to help bring the message of acceptance and tolerance.

Greg admits at; first, he didn't know the world that his son lives in, so everything was a humbling experience for him to be a part of that instead of just being a dad who claps behind the auditorium.

Greg's message to everyone being bullied for doing what they like is to "Don't stop just because somebody said you should be doing that."

Read next: Robin Williams' Son Speaks About His Depression After Father's Suicide