An Oregon man with lymphoma has raised money for his family before dying. He wanted to make sure that his wife and daughter would survive by starting a fundraiser in his final days.

Jeff McKnight started a GoFundMe page in early October to raise funds for his family. He knew that he had only days to live, and he wanted his wife and daughter to have enough resources when he is gone.

The 36-year-old dad explained on the page that his biggest fear was that his family would have financial problems when he passes away. He wrote that he is dying of lymphoma, and his wife, Laura, had always been a hero during that time.

The University of Oregon molecular biologist also wrote that his wife would soon be losing two sources of income. He explained that Laura manages and does research in their shared lab. He added that he has almost empty savings, and his life insurance is small due to academia. Then the dad wrote by asking for support for his family after he dies.

One week to live

McKnight shared the fundraiser on his Twitter and then said that his doctor said that he would only live for about one week or so. Then, he thanked all the people for battling with him. The page has already raised over $400,000.

His bereaved family was surprised about the plans he made for them after he passed away. Laura told TODAY that she did not know anything about the fundraiser until she saw her husband's tweet.

She cried a lot because her heart was broken a little that McKnight was worried about that. Laura said that her late husband was both relieved and thankful that people helped, and it had made McKnight feel better.

The bereaved wife said that it hit her hard upon seeing how her husband wrote in "black and white" about his death. According to the University of Oregon, on October 4, McKnight died. It was days after he started the GoFundMe campaign.

Head of the Department of Biology in UO, Bruce Bowerman, said that it is sad that they have lost McKnight. He explained that the dad was a "remarkably gracious and compassionate colleague" and an "outstanding scientist." 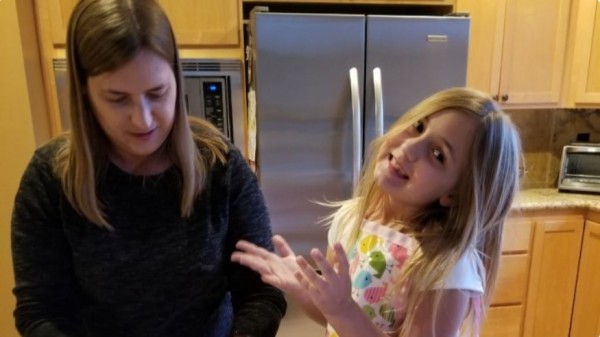 Because Laura worked as McKnight's manager in his research lab, her husband made sure that there are opportunities left lined up for her after her husband dies. She said that her late husband sought the help of other scientists to help her find jobs.

Laura said that she would forever be grateful for all the help people gave them because it had meant so much for her husband. Their loved ones also created a fundraiser before her husband did, and the UO will also be making a fund to honor McKnight's life and work.