An Ohio dad runs a marathon to give back to the hospital that treated his son's cancer. His family also raised money to support the health center.

Grateful to the hospital

Kolt Codner told PEOPLE (the TV Show!) that he wanted to show how grateful he is to Akron Children's Hospital. The medical team took care of his four-year-old son, Andrew, for the last five months as he battled his leukemia.

Codner immediately signed up for the Akron marathon after learning about it. It is an event that happens yearly but is now changed to a virtual event due to the pandemic. Since there were too few runners have signed up, the grateful dad thought it would be the best way to give back to the hospital.

Codner explained that doctors and nurses had made a phenomenal experience for them. To show appreciation, he wanted to give back by joining the marathon. On October 17, Codner completed the 26.2-mile race around Akron Children's Hospital. 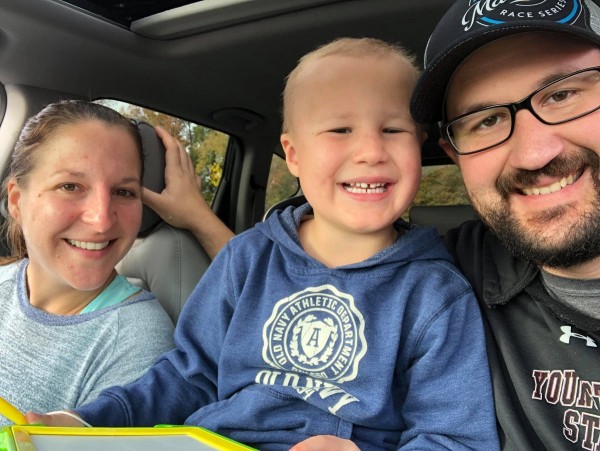 Raised money for the hospital

Apart from joining the annual event, the Codners also made another heartwarming gesture for the hospital. The family also raised more than $16,000 to return for all the goodness they felt from the hospital.

Codner said that he could not think of any better way to celebrate the hospital and its caregivers. He felt it was amazing that the Akron Children's gave so much support to the many families living in the region.

Codner and his wife, Tristan, started a fundraiser with a goal of $1,000 even before the marathon. The couple had asked their friends and family for donations through Facebook. Their loved ones responded immediately, which caused them to exceed their goal by 16 times.

The family participated in the marathon

At around six in the morning, Andrew's dad arrived at the hospital. Soon, local reporters came to him after hearing about his story. Codner shared the overwhelming experience he had because GoPros and cameras chased him as he runs the loop.

Tristan soon joined her husband at a point during the 35-lap race. She shared that it was nice to have a "special couple of miles together" since they have not done it since March. One of the best moments Codner had was when Andrew cheered for him.

After five hours and 15 minutes, Codner finished his first-ever marathon, with his son joining him during his last quarter mile. Andrew broke through the finish line tape for his dad, and then he put the Akron Marathon medal over his dad's head as he kissed and hugged Codner.

Over the next two years, Andrew would still be receiving treatments from the hospital. Codner shared that despite all the scary stuff, his son is amazingly positive, which is something that people need during this difficult time. He believes that Andrew will also cross the finish line to his treatment soon.