Marriage has been part of human culture and human lives for thousands of years. Almost all cultures and religions on the planet have their sort of rituals, beliefs, ceremonies, and ways of celebrating it.

As of late, marriage is becoming less popular, mainly in developed countries. There is a massive decline in marriage, partly due to rising divorce rates and because people simply choose not to marry. The evolving views of marriage today can be one of the many factors behind this.

READ ALSO: Couple Shares Funny, but Honest Take on Being an Empty-Nester

Marriage Is a Trap

Some people's view of marriage is simply a trap set by genders. For some men, their view of marriage is a system that only benefits women and takes advantage of men. They say that women want to make sure that their male partners are making a living to provide and take care of the family and protect their children.

On the other hand, women's view of marriage is a cage where they are being captured. Women say that because men have power when it comes to being physically stronger and they enjoy the perks that they have in society because of their gender and sex, they want exclusive sexual rights over their partners.

For other people, they have seen marriages that failed badly. Most of them experience it firsthand because their parents went through a divorce. They want to avoid experiencing the same thing all over again; thus, they prevent the concept of marriage.

When people get married, their finances and everything that they own individually will be shared by both of them once they get married - unless they will sign a prenup.

Their view of marriage is mainly an economic setting. From the olden days, women are not allowed to have their own money. Thus they depend on their husbands.

Women have the skills to make their own money, no need to rely on anyone else. Women are now more capable than ever. Because of this, they don't see the reason and the point of getting married. Also, some couples do not want to take their finances at risk if their marriage does not make it. 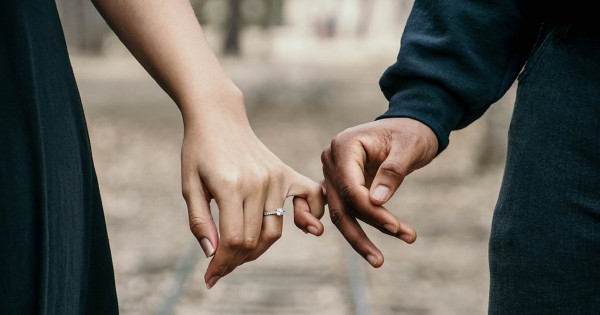 (Photo: Jasmine Carter from Pexels)
View of Marriage: Why Is Marrying Becoming an Obsolete Idea

Lastly, other's view of marriage is living under the same roof and loving each other honestly.

Some couples even say that they experience these, and they already have all the benefits of marriage without the legal matters. Just like the others, they do not see the point of getting married. For them, marriage is only for formality, and it's just a piece of paper.

Not all people who chose to waive off marriage make that choice because they are afraid. After all, marriage is not for everyone.

However, many waive off getting married because their fears are blocking their way. They may not even be aware of how much fear they have for marriage.

All of us need to think and examine our beliefs deeply to know the real drawbacks and prices that come with marriage, as well as the benefits and advantages of it. And once their fears shrink, they can now see the right parts of marriage that they failed to see because they were too afraid even to look.