After 45 years, Texas mom sees her son, whom she placed for adoption for the first time. Brenda Van Sickle put her son for adoption when she was only 16 years old. She gave birth in Fort Worth in 1975 and only got to see her newborn baby for 15 minutes.

The Texas mom shared in an interview with NBC News, "I did see him for about 15 minutes before the nurse took him away."

Giving up her son for adoption

When the Texas mom gave birth to her son, she thought it was tough to let go. However, she felt it is the right thing to do. She said, "I could have taken care of him, I would have. But it just wasn't right to do that to him."

During that time, Van Sickle shared that her life as a teenager was unstable, and she cannot take care of her newborn baby. She said, "It was all I could do to sign those papers and walk out the door and leave him."

READ ALSO: Viral Video: Couple Finally Reunites After 215 Days [They Have Been Married for 60 Years]

The Texas mom's life after the adoption

Van Sickle got married and started working as well. She became part of the TV news business for a few years.

Right now, she works in the public information office of the Arlington Police Department.

Meeting her son for the first time

A few months ago, the Texas mom received a very odd call. Someone called her and asked, "Hi, did you put a child up for adoption in 1975?"

The phone call was from Wes Fenner from New Orleans.

Fenner was the son that the Texas mom placed for adoption 45 years ago.

After their first awkward conversation, the mom and son agreed to meet in a hotel in Terrell. Van Sickle waited at the parking lot until she heard a voice saying, "Mom, it's me."

The mom and son were both very emotional and hugged for at least 20 minutes. The son, who described himself as someone who does not cry that much, shared that it was an emotional moment for him, "It was kind of like looking at myself, a slightly older version of myself, in the mirror." 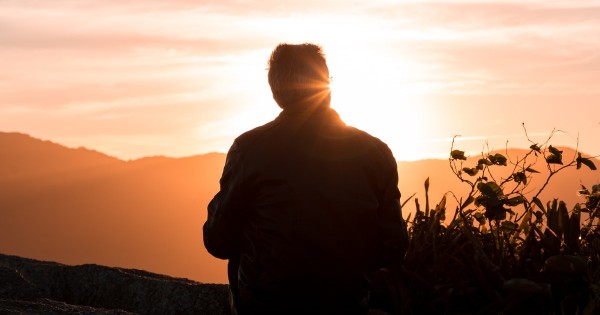 (Photo: Arthur Brognoli from Pexels)
Texas Mom Sees Her Son Whom She Placed for Adoption 45 Years Ago

READ ALSO: Young Boy Reunites with Family After Being Stuck Overseas Due to the Coronavirus Pandemic

Looking for each other

According to the report of NBC News, the mom and son have been looking for each other for quite some time.

Van Sickle always ended up not getting much information since she only knew his son's birth date and place.

Fenner, on the other hand, always had cold feet. He also shared that he has been thinking of looking for his birth mom for over a decade.

Right now, the mom and son are catching up on each other's lives. They shared that they continue to discover more similarities over the couple of weeks they share.