Keia Jones-Baldwin shares how her black family experiences racial injustice after adopting a white child. The black mom carries her two-year-old white son, Princeton's, adoption papers anywhere she goes. The North Carolina-based therapist shared that every time they leave the house, it is a staring contest. 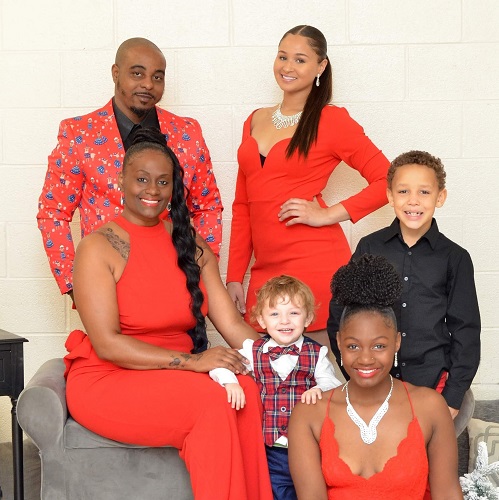 White child in a black family

There had been two occasions when people reported kidnapping upon seeing the white child with his black family. Keia told TODAY Parents that Princeton is almost three years old, and she is scared that parents would ask her if she is the little boy's mom.

The black mom is heartbroken every time her white son looks at her with his blue eyes. The little boy's looks show confusion with what is going on around him. She said that Princeton does not know that he is adopted. They want to tell him in a beautiful way using their terms.

Jones-Baldwin shared that when her white son melts down in a store, she will abandon her cart. Then she would beeline to the door, not out of embarrassment. She knew that in 3.2 seconds, someone would come to the little boy's aid, thinking he is in danger.

Her biggest fear would be when someone would grab her son and run off to find help. 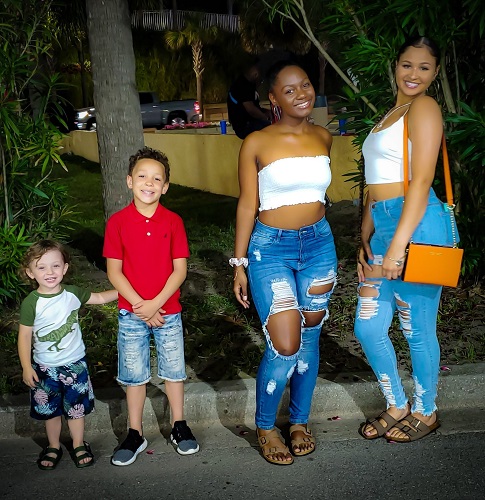 (Photo : Facebook/Raising Cultures)
All of Princeton's siblings immediately fell in love with him at first sight.

How the black mom met the white child

Jones-Baldwin, together with her husband, Richardo Baldwin, has three other children. They are Karleigh, 17, Zariyah, 16, and Ayden, 9. Princeton has been in the couple's care since newborn. He was born prematurely to his drug-addicted mother in July 2017. During that time, he weighed only one pound.

Jones-Baldwin shared previously with TODAY Parents that her supervisor in foster care called her. The supervisor asked the black mom if she could do skin-to-skin with a baby. Since then, everyone in the family fell in love with the white child.

In August 2019, the Baldwins adopted him. Having a white among the blacks, the family has caused confusion, especially to the public. Jones-Baldwin recently felt the need to capture a video of a woman who did not want to leave their family alone.

She answered all the woman's questions. However, that woman could not understand the fact that Jones-Baldwin is the mother of the white child. She deemed it essential to document things like that to show people what they deal with every day.

On her Facebook page "Raising Cultures," Jones-Baldwin shared the footage. The black mom regularly shares videos and photos of her blended, multiracial family on the page. To date, it has more than 155,000 followers.

She said that she does not look at a family with their blood. She looks at it with love. She also noted that Princeton came into their lives and their hearts. Finally, she said that "love conquers all."