People know that when women become mothers, they experience so many changes in their bodies. Apart from physical changes, their hormones fluctuate, and their brain structures shrink and expand. However, men experience similar changes too. 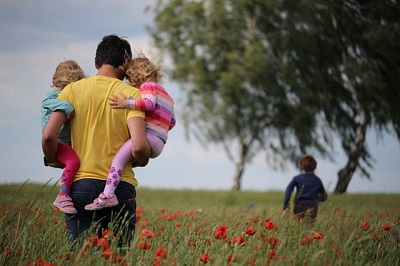 Men who become fathers also undergo drastic changes in their bodies, much like women do. Even though they do not get pregnant and have food cravings, studies show that there is a reason for their shift to dad bod.

Dad bod describes the body of a man that has become "softly round" after having children. Fathers' testosterone level dips and oxytocin level increase, making them more attuned to caring for their offsprings. The sudden change in hormones affects their sleep, work, workout, and the way they eat, causing them to gain weight.

His team found out in a study in 2014 that fathers have lower testosterone and higher oxytocin than non-fathers. They believe that this change allows dads to become more hostile and sensitive to their children. 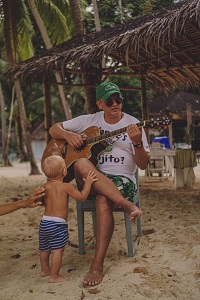 Rilling explains that most of a dad's energy moves from mating towards parenting. He added that the love hormone, oxytocin, could be building up paternal empathy and motivation. He believes that it prevents fathers from acting out on impulses of frustration.

Based on multiple studies, the love hormone decreases paternal hostility during toddler interactions and increases paternal touch, play, and social response. Rilling said that changes in hormones are most pronounced during the first year of the baby's life. He explained that dads seem to rebound and recover after 12 months.

Fathers get less sleep, more stress, and gain more weight than men who do not have children. Rilling talked to 120 dads from the Atlanta area and got their reactions to these changes. Dads have an ultimate sense of fulfillment derived from becoming a parent.

See also: What Do Dads Want for Father's Day? [6 Things You Never Knew]

Rilling noted that they might even take care of their health more because they have a child to care for. He said that they find more meaning and purpose after having kids, so he believes that they are willing to make these sacrifices.

Experts still have a lot to learn to understand how becoming a dad affects their bodies. Without tracking yet how men go through the transition to being a father, more research is needed to find out more.

Finally, Rilling said that people have to acknowledge that fathers are experiencing significant changes too.