A Wirral mom took her son to the shop staff, whom he "terrorized," to apologize. People could not help but admire the "fabulous parenting" that the mom did. Over the weekend, a post on a Wirral Facebook group condemned the alleged behavior of a group of teens, aged 11 to 13. It wrote that the boys made the life of a West Kirby card shop staff hard.

The Liverpool Echo reported that a person wrote that the boys were abusing two older women working at the Cards & Party shop. She also said that the group also terrorized an older man working next door. The poster also shared a picture of the boys with her post. 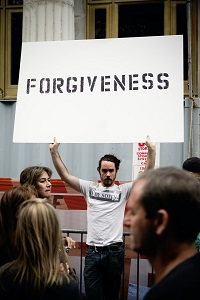 People commented on the incident.

Many people have commented on the wrongdoings of the boys. One said that the police should go pick them up in a police van and hold them in a cell for a long time. He said that it could probably scare the boys to make their parents get them. He is hoping that inconvenienced parents would have strong word with their feral kids.

A few hours later, a woman claimed to be the mom of one of the boys. She said she is condemning her son's behavior. The mom claimed to have set out to make amends with the store staff. She expressed how she hated the disrespectful, rude, and threatening things that the boys did to shop staff in West Kirby.

The mom explained that the words mortified, ashamed, and angry are not enough to describe how she felt when she saw the post. She said that she cares about what her son does and noted that she is not raising her boy to be like that.

They went to the shop to apologize.

She brought her son to the shop and spoke to two other ladies since the ones bullied were not there. She was glad that the two kind ladies would pass their apologies to the two staff. She said her son will deal with the consequences of his actions and will not be going out for a long while.

She is thankful to the lady who posted the photo. With this video, she was able to deal with the situation and her son correctly. She is sorry to all those who had witnessed the wrongdoings of her son.

The mom's "fabulous parenting" has received hundreds of good comments praising her "courage." One group member said that it is what being a good mom is all about. Another one wrote thanking the honest mom for taking responsibility for what her son did. He said it is rare these days, and he admires the mom for admitting her son's mistake.

One parent also wrote that it is hard for parents to keep an eye on their children. One member also said that sometimes children know something is wrong, but they still do it to impress their friends. Then he praised the mom for a job well done.