A witty mom, Geralyn Amy Yeh, gave her response to the rude neighbor who brutally complained about the "inconsiderate crying" of her five-month-old baby. The note tells the Malaysia-based mom of the person's complaints about her crying infant.

Asking the mom to be more considerate

Due to the pandemic, the neighbor is having a hard time concentrating since the neighbor is working from home. The neighbor asks in the note if the mom could close her door during the day so they could not hear her baby wailing.

The note also reads about asking the mom to be "more considerate" of others since they are working from home, as reported by The Sun. Yeh said that the neighbor visited her home and said complaints with her maid.

To respond to the note she received, Yeh wrote her reply and shared the post on her Facebook; it is now either been deleted or set to private. She started by apologizing that her little one's cries had disturbed the neighbor. Then she showed her empathy because, they too, experience the same frustrations as the note writer. She noted that they work from home too.

She wrote that infants could get irritating when they scream or cry with their high pitch voices. However, she explained that it is the way the little ones communicate with adults. 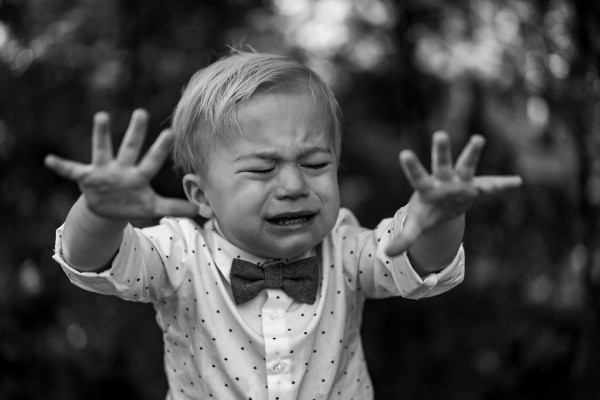 Yeh added that she has no magical powers to stop her baby from crying. She also said that she could not make her baby grow up faster so she could talk to her without crying. The mom also jokingly adds that they have already given her baby a stern warning on the day they received feedback on her crying.

Yeh explained that they were not sure if the little one understood what they had said. However, she noticed that her baby did look serious after hearing their warning and replied with a pitiful, sad look.

See also: Stuntman Proposed to Girlfriend While on Fire to Reward Girlfriend

The mom's promise and advice

Yeh promised that she would give her best to keep her door closed during the day. However, she also said that her baby could become "cranky" due to the "stuffy" weather by doing so. Instead, she advised them to close their door and asked if they could consider wearing headphones so they could at least block out any noise.

Adding to that, Yeh wrote that she would appreciate it if the neighbor would not come over and shout nor scold her helper as it scared her and her baby. Finally, she advised her neighbor to contact the authorities for any other suggestions on how to stop the "noise pollution" that her baby is making.