A father-to-be hits the jackpot of 1 million US dollars in a scratch-off game. The first person that he shared the news with was his grandmother since he was staying at grandma's when he learned about the good news.

Clayton Cook is from North Carolina and is expecting his first child in February.

The father-to-be hits the jackpot

According to lottery officials, the father-to-be bought his ticket at a grocery store last September 14. He was on his way to his grandmother's house when he decided to buy the instant lottery tickets, specifically a $30 Colossal Cash ticket with a $10 million top prize.

The father-to-be hits the jackpot when he scratched off the last ticket that he bought from the grocery store.

He shared, "I was on the second line of the last ticket and I kept on scratching."

As the father-to-be hits the jackpot, his grandmother was in shock. Cook recalls her grandma saying, "Oh my Lord!" followed by a tight hug.

The father-to-be claims the prize

According to reports, days after the father-to-be hits the jackpot, he claimed his prize at a lottery headquarters in Raleigh. 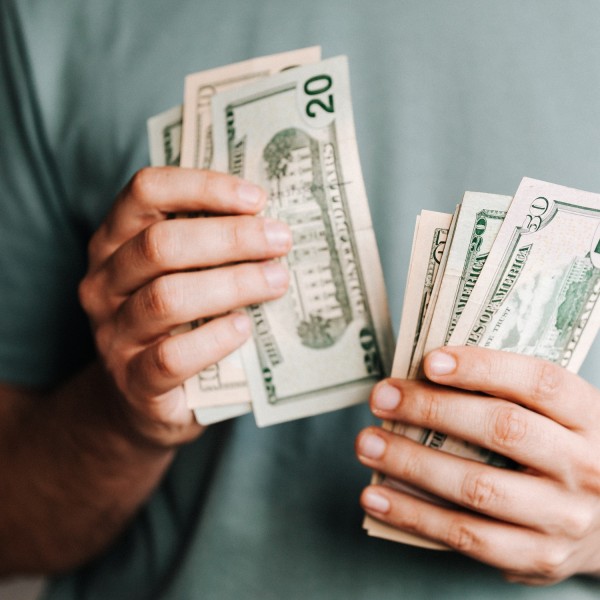 (Photo: Karolina Grabowska from Pexels)
Father-to-Be Hits the Jackpot of 1 Million US Dollars in a Scratch-off Game; He Was at Grandma's House When He Won

Lottery officials say that Cook shared his plan of starting a business with his brother. He said, "So that might be one of the things that I invest in."

Cook also considers winning the jackpot as a way to get ready for his new life since he is expecting his first child in February.

The lottery is a game of chance, there is no assurance in taking home money whenever one buys a ticket.

The lottery game that the father-to-be won, is a 1 in 2.83 million chance. Cook faced a lot of odds when he tried his luck.

READ ALSO: Utah Dad Says He Has Forgiven Son Who Tried to Kill Him for College Tuition