A dad has made over 200 outfits for his daughter because he did not want his child to feel his past trauma. The doting dad has gone viral for creating unique, handmade clothes for his child.

Michael Gardner told TODAY's Craig Melvin in a segment of "Dads Got This" that he started when he saw his sister sew. He explained that his sibling would replace sleeves from sweatshirts and hoodies with African Ankara fabric.

When he saw it happened, he realized that he also wants to do it. So he decided to do the same for his nine-year-old daughter, Ava.

He started sewing dresses, tops, and skirts for Ava when she was just three years old. Soon, the duo started taking photos of the dad's creations. The nine-year-old showed off her modeling skill excitedly. 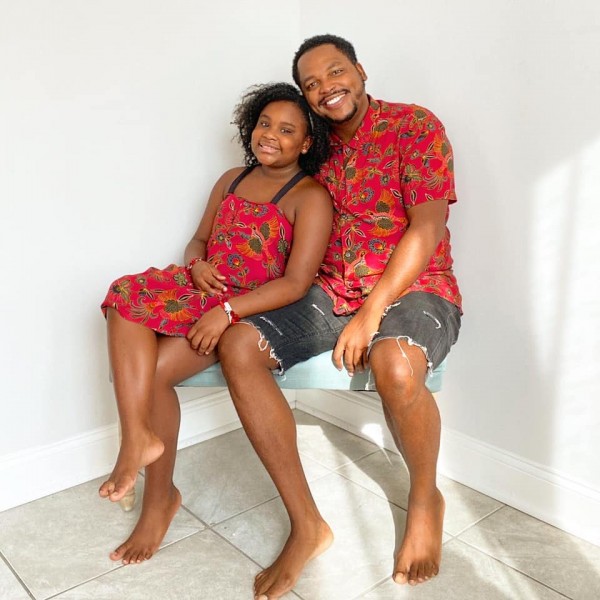 Gardner explained that he took his daughter out one day and told her that he would take her pictures. Ava started doing poses and had a little walk, which prompted Gardner that it could actually "be something."

The father-daughter duo started "Daddy Dressed Me by Michael Gardner." The two collaborated to create Gardner's designs for their fashion content brand. Their brand starred Ava in their social media campaign.

The duo started showing off their dancing skills in TikTok using their music videos. Gardner told Craig that he became determined to be an active part of his daughter's life because of his childhood.

Did not want to let daughter experience what he did

He explained that he does not want Ava to experience the pain he did, growing up without a father. He believes that it is a support that each child deserves. Gardner shared that his dad was absent but explained that he knows him. His father refused to speak with him when they do interact.

Gardner said that his father would not acknowledge him as his son, and when he says "hi" to him, he just ignores him. He shared that he felt unworthy and carried the trauma all his life. As a result, he wants to instill in Ava the sense of strength and confidence that he did not have as a child.

Ava loves everything her dad makes for her because it is from Gardner. However, the doting dad said that when his daughter puts on something, there is a difference because Ava connects with it in a certain way.

https://www.today.com/dads-got-this
*
*
Dad’s Got This!!! - The Today Show - 6 years behind the sewing machine creating... Posted by Daddy Dressed Me by Michael Gardner on Monday, November 9, 2020

Over the past six years, Gardner has already created more than 200 outfits for his daughter. Thama, his fiancee, surprised him recently with a poster that features every single look of his creations.

Gardner burst into tears when Thama showed him and told him that he needed to see all those he had done. He explained that there are times when you just get into the habit and rhythm of doing things without sitting back and celebrating your wins.