A boy with autism names every car from the very first inception to the latest models. His extensive collection of model cars makes anyone know how much he is obsessed with automobiles.

Anthony Schmidt did not let his disability stop him from showing the world his obsession with cars. He has a wide variety of collections of different car models, but his love for cars did not stop there.

The 12-year-old boy pretty much knows every model of cars any company has ever made. He could tell you everything there is to describe each model just by showing him a car. 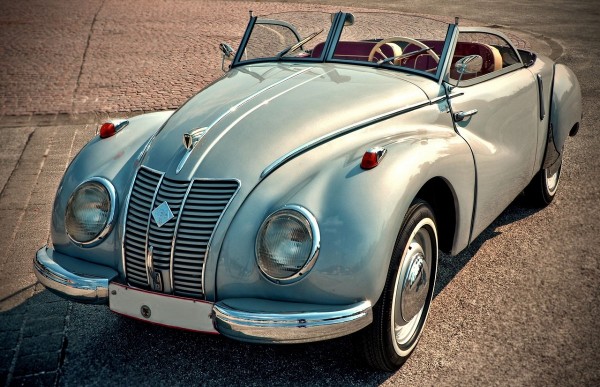 A useful skill for criminal investigation

His skill is very useful during an ongoing criminal investigation in New York. Detectives who have a hard time identifying a grainy image of the vehicle could have him look and instantly know what car model it could be.

The fine-tuned savvy boy has helped to find who the suspect is just by helping to identify the car. Upon seeing the picture, he would be able to know the make, model, and year as soon as possible, which had caused the suspect to be apprehended soon.

Schmidt lives near Seattle, Washington, with his mom, Ramona. The mom shared that her son's enthusiasm for cars started when he was just about two years old. She explained that her son had started making photographing a series of tableaus when he was six. The boy staged his model cars in hyper-realistic settings.

Ramona did what she could to support her son in his interest. Not only did she launch a Facebook page for her son, but she also created an Instagram page for him. In it, the proud mom showcased Schmidt's extraordinary work.

People asked for calendars or books

According to Woodinville Weekly, Ramona said that everyone freaked out. She explained that there was an overwhelming response from people who are asking for coffee table books or calendars. Her son is now known to the public.

The Anthony Schmidt Photography website had launched the 12-year-old's product with the help of his mom. It sells calendars, books, photographic prints, and other branded merchandise.

See also: 2-Year-Old Chef That Teaches How to Cook Goes Viral on TikTok

Schmidt uses an Excel spreadsheet to keep track of his over 600 model collection. Organization and mathematics are innate to his worldview. Other than that, routine and structure are also important. Depending on the weather, the boy sets up a photoshoot painstakingly.

He would make sure to get a perfect shot with every tweak and arrangement he does with his cars and the surroundings. Ramona told KOMO News 4 that her son's singular vision is because of the autism and not despite it.

The proud mom plans to make cars her son's life's work. Schmidt hopes that his success story could inspire others with special needs and their families one day at a time. He explained that one could set his mind to whatever he wants.