A mother and son duo designed a wheelchair where users can go from sitting to standing up.

The idea came to the British architect Suzanne Brewer when she saw a man in a wheelchair get lost in the Christmas crowd at her local rugby club. She wondered why there was no sort of assisted device where that man can raise himself to eye level, and the scene stuck with her. 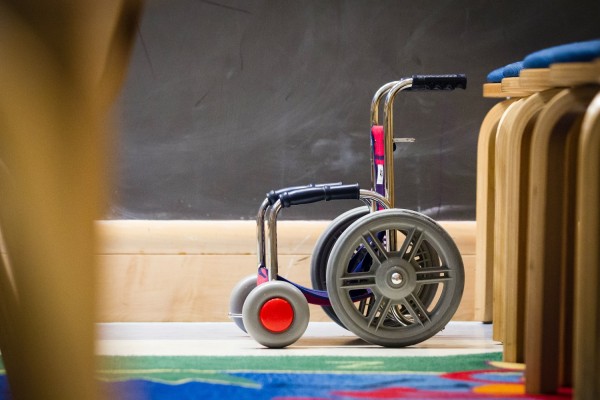 ALSO READ: Texas Mom Sees Her Son Whom She Placed for Adoption 45 Years Ago

The ad that sparked an idea

After seeing an ad for a Sky News children's business contest in 2018, she asked her now 13 years old son Jarvis to enter with the idea. Jarvis's collaged design of a "Walking Wheelchair" with a Segway base has since gone through two model phases and has a pending patent.

For the Sky News contest, Jarvis made a rough design in which a joystick will be used to control a saddle seat upwards, bringing the user to a stand-up. The base would be a Segway, which will also be controlled with a joystick, letting a tighter turn than the usual wheelchair.

After having good feedback from the contest, the mother and son duo thought of taking the design further with a model made of parts from a used wheelchair, a kid's Segway, and some other "bits and bobs" parts that they have ordered online.

Although the model looked relatively crude, the mother and son duo proved that their concept is possible and can be done.

With the help of an engineer, David Aviram, the mother and son duo, made a second model that looks more advanced than their first one.

They also ran the model by John McFarlene, a polio survivor who has been paralyzed from the chest down, in which he is proof of how hard it is to have a standing wheelchair and how high-priced it is.

Compared to the usual standing and seated wheelchairs, the Walking Wheelchair offers a tighter turn radius thanks to its two-wheel Segway base.

The mother and son duo said that the good thing about not knowing that any standing wheelchair exists is that they were starting from scratch in their minds, so they did not have any assumptions.

Most standing wheelchairs only lift the users to an upright way with a tilting motion, in which it requires a massive base to help balance out their weight. On the other hand, the mother and son duo's Walking Wheelchair's Segway base contains specific sensors to balance itself.

The mother and son duo has applied for a patent for their second model, and it is at the moment on its way to being final. But to put the Walking Wheelchair through a safe test, they need to find a partner to help license and produce the device.

Although the mother and son duo know that it will not be an easy road for them and their model, they feel confident that their team will push through with it, just like how they have pushed through their past hurdles.