A Dunkin' Donut couple marries at the same drive-thru window where they first met. Three years after they exchanged numbers, the sweet couple celebrated their wedding at the same place they fell in love with one another.

Sugar Good, Dunkin' Oklahoma City's general manager, sees many new faces every day. However, there was one particular face she never fails to forget. She memorized the time John Thompson would come every morning.

Other than that, Good also knew the details of Thompson's order. The customer likes his large hot coffee with his creamer and sugar. The manager knew that Thompson would order a sausage, egg, and cheese sandwich. 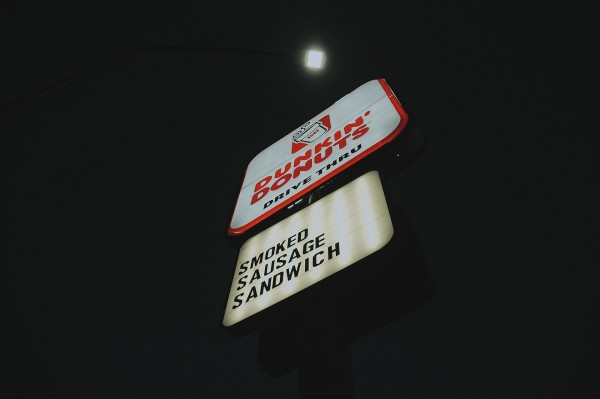 She told CNN that she always notices her beau's smile, especially his dimples and his sparkling eyes. For years, Thompson had always gone to the same drive-thru. However, he said that he knew something was special about Good when he met her.

Thompson told the outlet that he always notices Good's eyes. He explained that he could always see her looking back at him no matter where Good was in the store. Even so, Thompson did not get the hint that Good admired him too, so he did everything he could to find out the name of the general manager.

It took Thompson almost a year before he mustered up the courage to ask for Good's number. The woman beat him to it because on the day Thompson planned to give his to her, Good already gave him hers.

Couple marries at the Dunkin' Donuts window where they first met. #moreofthisplease Posted by More of this please on Thursday, November 5, 2020

On September 23, 2018, the duo had their first date while playing mini-golf. At that time, Good knew that she loves Thompson already. The two have been inseparable since that day, and they fell more and more in love each day.

On October 13, Thompson proposed to Good in the Dunkin' parking lot. Seven months after the proposal, the Dunkin' couple got married at the same drive-thru where they first met. The doughnut store said in a press release that they are sending their congratulations to the sweet nuptials of the newlyweds.

All customers were welcome to join the celebration

Dunkin' also wanted to thank them for celebrating the duo's special day with them. All Dunkin' customers were welcomed to join on their big day. The ceremony was Dunkin'-themed, with stacks of sweet, custom photo donuts. Good's bouquet was also made of donuts.

That day, all the people who visited the store received the couple's favorite glazed or maple glazed donut. Many customers also returned later that day to witness the union of the two. Thompson said that others even cheered them on from their cars.

The husband shared how thankful he is for being able to wake up every day next to Good. He also said that his coffee girl still gives him butterflies. Thompson also noted that they not only talk to each other always but also write sweet notes to one another everywhere.

Good said that Thompson will always be her guy in the red truck.