An influencer dad on Instagram explains how to live an engaged fatherhood.

Devonte Bennet Bey was the influencer dad who uploaded the video. Being a stay-at-home dad was not a plan that Bey had in mind. However, he thinks it was the way that led him to find himself.

Journey to knowing how to live an engaged fatherhood

The influencer dad was a Marine veteran, he was dealing with an injured back, but this led him to spend more time with his three boys.

He said, "I just knew I wanted to have a really strong bond with them."

At first, the dad drove for Lyft. However, he still thought that he was not finding the way on how to live an engaged fatherhood.

In an interview with Good Morning America, the influence dad shared that he did his research for him to know the meaning of being a good father.

How to be an involved father?

In sharing to his follower the ways on how to be an involved father, the influencer dad, decided to divide the steps into four ways.

In each step, Bennett explained briefly how it helped in realizing that these are the effective steps on how to be an involved father.

In starting small, Bey said that he did this by taking over the small duties in their home. The first thing that he did was to take over the children's nighttime routine.

To grow the bond that he was having with his children, Bennett cultivated some healthy competition among his kids. It did not only put a bond between the dad and his kids but among his three sons as well. 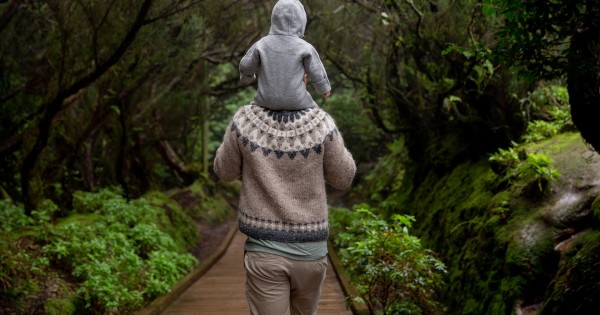 (Photo: Tatiana Syrikova from Pexels)
How to Be an Involved Father? [Viral Tips from an Influencer Dad]

Although it was a little difficult, the influencer dad shared that he planned for the time that he would be spending with his children.

Lastly, Bennett shared that taking care of ones' self is also an important way on how to become an involved father.

In knowing how to live an engaged fatherhood, being in good shape will make all the difference. Bennet compared this to maintaining a car, "You have to think of your body like a car. If you don't put gas in it, if you don't do the maintenance, it's going to fall apart."

View this post on Instagram
Long long time ago (3000 voice) when I was outta shape and dealing with depression. I became a stay at home dad overnight after being fired from my job. BEST THING TO EVER HAPPEN TO ME! Why?? Simple I got my wish to be able to spend more time with my family (be careful what you ask for). The only problem was I had no clue of how to be a stay at home dad. That’s when I created my 4 step plan, hope it helps you like it helped me. #blackfatherhood #moorfathers #fatherhood #involvedfatherhood #fatherhoodhelp #helpforfathers #engagedfatherhood #fatherfirst #fathersmatter A post shared by  Devonte Bennett Bey (@theycallmepapabennett) on Sep 30, 2020 at 3:19pm PDT

The video that the influencer dad uploaded on Instagram now has hundreds of views.

In his caption, he wished that those dads who would also want to know how to be an involved father will find his tips beneficial.