A recent viral video of a Memphis dad and son duo is inspiring everyone. Their song, #YouCanABCs shares the career possibilities every person can have.

The Memphis dad, Bobby White, and his 6-year-old son, Robert Samuel White III, created and filmed the song for fun. Little did they know, the Internet will be inspired by their video.

As of writing the viral video of the Memphis dad and son duo has already been viewed 7.8 million times on Facebook and more than 71,000 times on their official YouTube account.

The song emphasizes that anyone can be anyone you want.

From the letter A to Z, Sam and his dad named a career that can be chosen by anyone. Here are those careers: 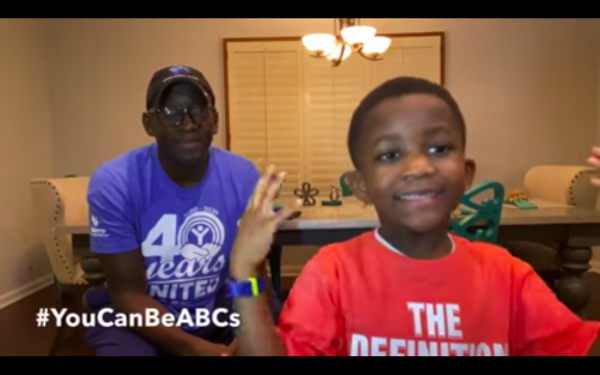 (Photo: Screenshot from Facebook)
Viral Video: Memphis Dad and Son Duo Inspires Everyone with a Song About Career Possibilities

Y - Your Own Boss

While Sam was rapping through the careers, his dad was right behind him giving the beat and singing along at some portions as well.

READ ALSO: Father and Son Grow Giant Pumpkin; They Had to Use a Tractor to Move It

The Memphis dad and son duo

In an interview with Fox13, Sam's mom, Stephanie Nerissa White, shared that the 6-year-old boy has been reading since he was only two years old. Although he has some really good talent in singing and rapping, Sam has no plans of becoming one when he grows up. He said, "I want to be an architect, a governor, or a president."

Also, Sam has been described as a young boy with excellent memory. When he sang the song with his dad, he has no teleprompter and was only singing with his mind. That alone makes his dad very proud. The Memphis dad said, "He makes us really proud and now a lot of people are saying with their friends and people who follow us on Facebook have been saying the whole while he's just a real joy."

The video was uploaded by the Memphis dad and son duo for fun, they were not expecting it was going to be a viral video. The mom shared, "They were doing something because he was teaching Sam about different careers and not just careers with more generic names, being able to see careers with their branches."