Two dads show off cookies baked from scratch; later, they decided to deliver them to the frontliners.

One April morning, Jeremy Uhrich was browsing through Facebook and saw one of his friends showing off his baking skills. Scott McKenzie shared an unusual post about the homemade chocolate chip cookies he baked from scratch.

The 58-year-old baker told PEOPLE that he used to work at a Huntingdon small college. However, he got furloughed in April, so he decided to do other things instead of just sitting in the corner. He told himself that he would learn something new each week.

McKenzie explained he has never made cookies from scratch before. The cookies' tastes were not half bad, considering he did it the first time, so he decided to brag about it on social media. On the same day he baked his cookies, his friend Uhrich also made his cookies and wrote that his batch probably tasted better than McKenzie's.

So the 42-year-old challenged his friend McKenzie to a bake-off, which the latter accepted. His friend also proposed that they let Hungtington, PA, frontline heroes be the judge for the treats. The duo would be sending the goods they baked to thank the community who sacrifice their lives to keep everyone safe.

Uhrich told the outlet that they wanted to let the people know that they care about them. He also noted that they recognize and do not forget what they are doing. Uhrich also said that it is their way of showing gratitude and saying their thank you's for what they have been doing throughout the pandemic.

So Proud of you Jeremy Uhrich !!! Love what you & family have done thru this unbelievable time we are living... Posted by Michelle Hunt on Friday, November 13, 2020

The two dads created the "Cookies for Caregivers" Facebook group. In it, residents could also help make treats and send them to business owners and first responders. Over 100 bakers have joined the group since April. 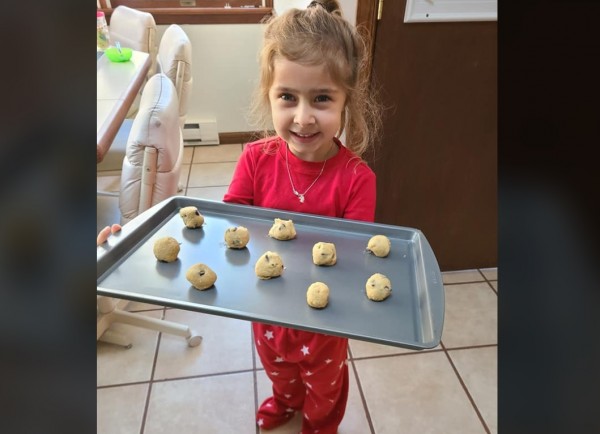 The group has already delivered over 15,100 sugar cookies, cakes, snickerdoodles, and many more to the selfless workers at the grocery stores, local hospitals, fire departments, and others.

McKenzie and Uhrich would brainstorm a list of workers who could make use of a sweet pick-me-up each week. The duo would organize and deliver the treats that bakers would drop off at Uhrich's house.

Uhrich noted that they had seen smiles and tears because people have been so appreciative after they have sent them the goods in large containers. Uhrich's father, Jerry, helps spread the organization by starting his group in Hershey, Pennsylvania.

He said that baking and helping are great ways to keep their minds off the pandemic. He explained that people not only love cookies but also like meeting a new friend.

Uhrich invited his two sons, Finley, 9, and Max, 6, to help in what they are doing. He explained that it is a good way to teach children about what is happening and why they are helping others.

He wants to teach his kids to be grateful for the brave people to get up and battle the virus each day. McKenzie explained that they would keep doing what they are doing as long as they could because, for him, kindness does not have an expiry date.