An Illinois mom passes the bar, but she is not just a typical bar passer since she gave birth between sections of the exam.

Brianna Hill took the bar exam last October. She was 38-weeks pregnant during that time and did not expect to go into labor 30 minutes after she began with the exam.

ALSO READ: Florida Mom Casts Her Vote Before Giving Birth [She Was Already in Labor]

While taking the first portion of the bar exam, Brianna felt something. She even thought, "I really hope my water didn't just break." Even if she already felt that something was unusual, the Illinois mom continued with the first portion.

When the first part was done, she immediately knew her water broke, so she phoned her midwife and continued with the second part of the test.

After that, Brianna went to the hospital and gave birth to her baby boy.

Mom continued with the test.

Even after giving birth, the Illinois mom continued with the rest of the bar exam.

The hospital staff was kind enough to help her get through the entire test. She was provided a room with a "Do Not Disturb" sign hanging outside. 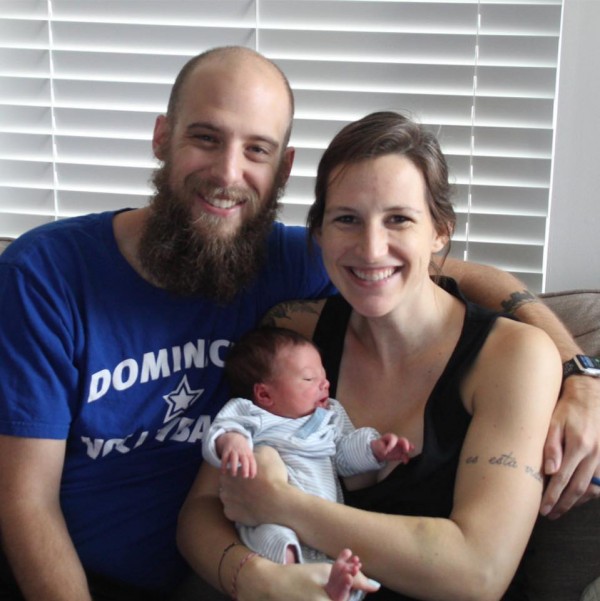 (Photo: from Facebook account of Brianna Hill)
Mom Passes the Bar; She Gave Birth Between Sections of the Exam

Brianna was able to nurse her baby boy during the breaks.

ALSO READ: Texas Mom Sees Her Son Whom She Placed for Adoption 45 Years Ago

On Tuesday, Brianna shared on her Facebook page that she already passed the bar.

Aside from sharing the good news, the Illinois mom also shared her thoughts about the journey that she had to go through.

She shared how she took the test on towels because her water broke and on an ice pack after giving birth. She said, "FEMALES ARE STRONG AS HELL."

Despite being told that she should medically withdraw from taking the bar exam, Brianna opted to continue. She said in her post, "I only slept for 1.5 hours before the second day of the test because my sweet baby was SO grunty."

ALSO READ: Mother Drops 5 Dress Sizes During Pandemic: Here's How She Did It

Mom thanks her support system

In Brianna's heartfelt Facebook post, she thanked the people who endlessly supported her before and after giving birth.

The Illinois mom enumerated them in her post. The list included her husband, family, midwife, and the hospital staff who helped her get through the test. She said, "I did all of this because I did not see any other option to accomplish both my goals- become a lawyer and a mum."

Now that the Illinois mom is a lawyer, she says that she is happy that she got to achieve her dream despite going through so many trials. She said, "I am SO happy I get to be a lawyer officially and am so thankful that I got here.