A five-year-old Illionois boy tragically dies after he was crushed by a granite tabletop at a wedding he attended. The supposedly happy event ended with a tragedy after the horrific incident killed the child.

Oak Brook Police Department reported that Luca Berlingerio was with his family on September 4, attending a wedding. It noted that the family was at The Drake Hotel of Chicago when the sad accident occurred.

Police and fire's response with a 911 call

At around ten in the evening, the Police and Fire Departments in Oak Brook responded to a 911 call. They received a report saying that a child was at a wedding when he sustained a traumatic head injury. 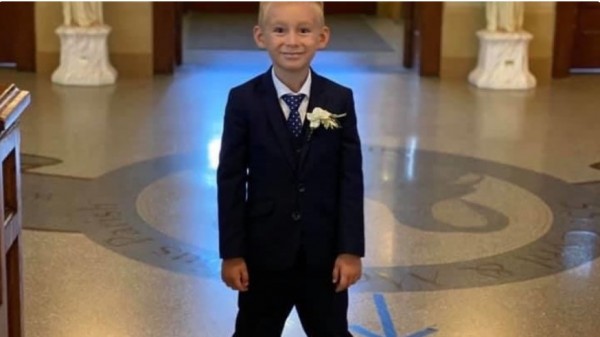 The police personnel helped an emergency room physician who was also a guest upon their arrival. The doctor was doing CPR to the child but there was no response from the child. Based on the hotel's CCTV footage, the boy was laying across a granite tabletop that was behind a couch where other children were seated.

Berlingerio tried to slide off the table when the other children started to leave the couch. Then, he grabbed onto the table edge with his fingers to keep himself stable. The table fell on top of the little boy's head while he was getting off from it. The police explained that it is how it caused a head injury on the kid.

Pronounced dead at the hospital

Immediately, medics brought the hurt boy to Elmhurst Memorial Hospital. It was where he was pronounced dead. Based on the "New York Post," the hotel was heartbroken about the tragic accident that happened.

It said in a statement that it is sharing their grief to the family and friends of the little boy that died. It also noted that it will not share other details about what happened as respect to keep things private for the bereaved family.

Berlingerio was wearing a three-piece suit and a white boutonniere. He also wore a polka-dot tie to complete his handsome look.

See also: Alabama Student Tragically Dies After a Boat Accident [She Was Loved by Everyone]

To raise money for Berlingerio's family, a GoFundMe page was created. As of writing, the fundraiser as already collected $19,000 after it was launched on Septemeber 10. The pages stated that there are no words to explain what it feels to lose a child.

It also stated in the GoFundMe account that while the times are hard, anything could be of help to the child's family. Berlingerio's obituary stated that on Saturday, a funeral for the boy will be held. People who will attend will have to follow social distancing guidelines to prevent the spread of the deadly disease.