A hero dad from New York who shielded his kids from a gunman was reported to be initially fired from his job. However, through the help of kind-hearted individuals, the New York dad has money to support his kids.

A GoFundMe campaign made this possible for the hero dad, Anthony Jefferson. As of writing, the campaign was able to raise almost 300,000 US Dollars.

One of the hero dad's close friends created the GoFundMe campaign.

Serena Wingate decided to create the campaign to support Jefferson with his medical bills and the therapy of the kids.

According to reports, the New York dad got shot twice in his boots and a bullet got stuck in his thigh. That is why he had to go through surgery.

On the other hand, the kids, whom the dad shielded from the gunman, got traumatized by what happened. Because of this, they needed to go through therapy.

The day of the shooting incident

According to the GoFundMe Campaign page, the New York dad was at the car dealership because they wanted to get a vehicle for the kids' mom. However, on that unfortunate day, three gunmen fired shots at the store. 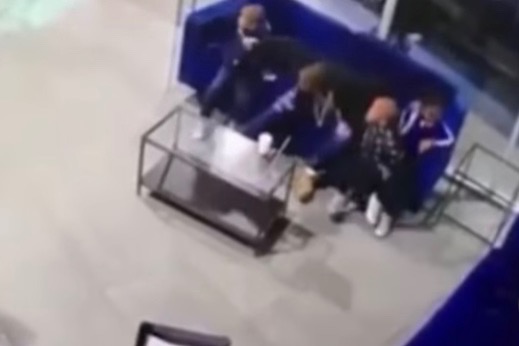 There was video footage that showed how the hero dad shielded his kids from the gunmen until they were already safe.

Police initially stated that they are looking into the possibility that the incident was gang-related.

There were reports which said that Jefferson lost his jobs because of the incident. He was juggling two gigs: painting and construction before the incident.

Since then, there was an outpour of support for the hero dad.

As of writing, the goal of raising 24,100 US Dollars has been greatly surpassed. A week after the shooting incident, the GoFundMe campaign for the New York dad has already raised 291,536 US Dollars.

More than 8,500 people have donated for the cause. The largest donation, according to TMZ, is a 25,000-dollar donation. It was from an anonymous person. The rest of the donations were in increments of thousands to hundreds.

Aside from monetary donations, a doctor has already pledged to give free therapy to Jefferson's kids via Zoom. Dr. Raha Divedar said that he is willing to take the case of the kids once a week for free, within a year or until they need it. She said that the family could just keep in touch with her for the arrangement of the therapy.

Dr. Divedar is part of the Big HeArts Interventions.

READ ALSO: 9-Year-Old Florida Boy Rescued Dad Who Injured Himself After a Dive