Formerly conjoined twins are enjoying the best of their lives with their other twin 17 years after surgery. Triplets Mackenzie, Macey, and Madeline are doing what most high school seniors do. When they are not working in their after-school jobs, they are driving around aimlessly with their friends.

Mackenzie and Macey were once conjoined but are now living their lives because they underwent surgery 17 years ago. The duo was born with a conjoined pelvis, and Dr. James Stein separated them ten months later. Children's Hospital Los Angeles chief medical officer, Dr. Stein, did a 24-hour surgery on them in 2003.

Have only one leg

Darla Keller, now 50, adopted them shortly after the surgery. She brought the triplets in her home in Iowa and brought them up along with her three biological sons. Both girls have only one leg, so they have to rely on prosthetic legs to move around. 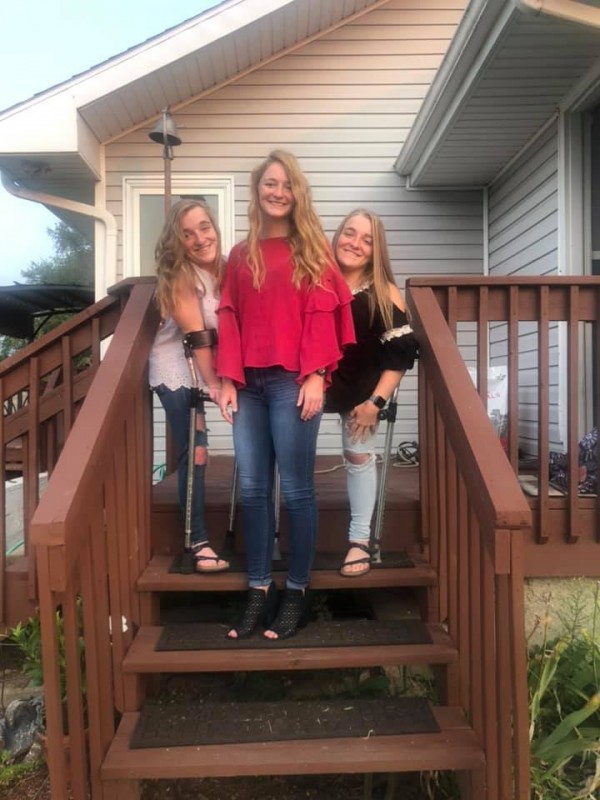 Their doctor is excited for them

Dr. Stein said that there is not a week that goes by when he does not think about the two girls. He could clearly remember watching them in the hospital halls with their crutches. And now, he feels excited for them because they could live normal lives like any other teenager.

Mackenzie and Macey have had spinal infusions, but even so, the 17-year-old girls are living normal lives. The triplets are looking forward to graduating high school and are heading off to college. On Friday's episode, Mackenzie told PEOPLE (the TV Show!) that she does not see herself as special.

She said that she only thinks of herself as an ordinary teenage girl who wants to find her career that she loves. Apart from that, she also dreams of getting married and having her kids in the future.

Time for some good news: America's miracle babies are all grown up! Mackenzie and Macey made national news as infants.... Posted by Children's Hospital Los Angeles on Thursday, July 16, 2020

She explained that growing up with people who are into medicine could have been a factor of her wanting to become a nurse. She noted that her mom is a physical therapist.

The girls still keep in touch with Dr. Stein, although they have not seen him in about ten years. They call him "the coolest person ever" and send emails asking about his job and his family. Dr. Stein felt it was rewarding to stay in touch with the twins as they catch up on social media.

The girls have learned to live with their disabilities and do not see themselves as having special lives. Macey said that they do not want to become famous for having only one leg. She explained that they want to live ordinary lives as teens. Darla is relieved because she sees how normal her daughters live.