An Ohio mom survives a heart attack miraculously after giving birth to her twins. It happened four days after she welcomed her newborn babies.

According to ABC affiliate WEWS, Jen Petraitis gave birth to her twin babies, Jack and Ella, on September 30. Four days after her delivery, she had to undergo an emergency triple bypass open-heart surgery.

The World Turned Upside Down

The WEWS stated that Petraitis's world turned upside down when she suffered a heart attack caused by Spontaneous Coronary Artery Dissection (SCAD). She had the surgery at Summa Akron City Hospital.

The 37-year-old mom told the outlet that it feels surreal because it was like hearing a story about somebody else. As she is recovering from the medical emergency, Petraitis had no recollection of the frightening incident. 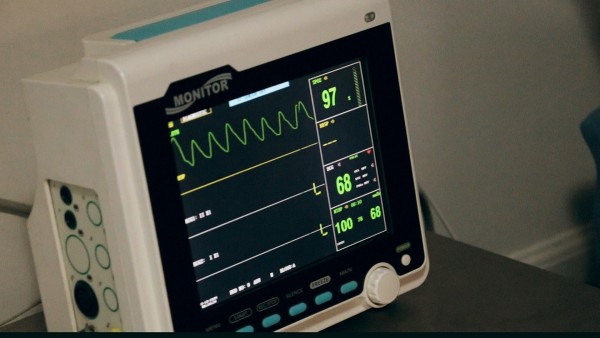 However, her husband, Ryan Petraitis, remembers every detail of the scary moment. He told the WEWS that their transition from hospital to home was great. He also noted that both he and his wife were looking forward to bringing their newborn twins to meet their two sons, Evan, 7, and Garrett, 3.

His Wife Was Not Breathing

Ryan explained the horrible incident when he saw his wife not breathing and on the bedroom floor on October 4. He told WEWS that she started doing CPR, chest compressions and called 911 to save his wife.

See also: California Mom Gets Diagnosed With Stage 4 Lung Cancer Despite Active Lifestyle and Not Smoking

Paramedics found Jen's pulse even though she was not breathing. Immediately, they rushed her to the hospital in an ambulance. Ryan told the outlet that the driver prayed for them as he found his wife's condition to be very serious.

Doctors told them that Jen would need emergency triple bypass surgery because she had suffered a heart attack caused by SCAD. According to the American Heart Association (AHA), SCAD is an "uncommon occurrence."

The organization explained that it happens when the coronary artery wall suddenly had a tearing. The AHA stated that the artery narrows or is blocked due to the tear, so it stops the blood flow from reaching the heart.

Jen Petraitis is grateful to be alive after she suffered a rare heart attack that nearly killed her in the wake of welcoming twins. Posted by People on Friday, November 6, 2020

Researchers are still unsure how SCAD happens, but they found that it affects mostly healthy women. They also noted that it happens to pregnant women, have just given birth or are close to their menstrual cycle.

Thankfully, Jen's open-heart surgery went well. She has been recovering from their Green home since then. The mom of four could not help but believe a higher power was involved in the fact that she had stopped breathing for a while.

She told WEWS that prayers, texts, and messages have helped her survive the surgery. Ryan also noted that he knows the people's prayers were the reason why his wife lives. Jen said that what matters for her now is her four children, who are the reason for her existence.